Get on the edge!

Donington did not go well.

I’m still pretty disappointed in myself for not pushing harder, like I know I can.

I’m fully aware I’m still learning – but I’m not going to learn much without pushing the boundaries a bit!

For the next race I need to ask myself:

Was I on the limit?

Can I push harder in that corner? How about THAT corner? And that one? 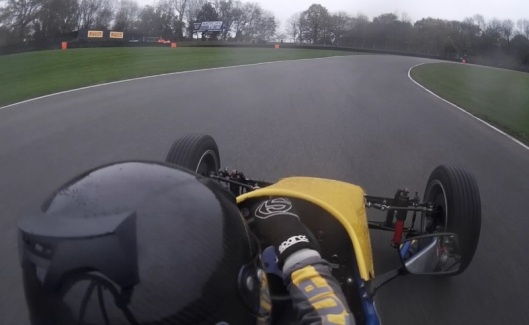 I know my lines are pretty good, and I’m fairly consistent and smooth.

If you remember my first blogs I talked about the racing line being the most important basic. Not just that, but where you position your car on the track.

It’s much harder to do this than you might think, but makes a massive difference, because you’re effectively opening all the corners out and making them easier. The thing I’m not doing is taking advantage of this to carry more speed through them!

So it’s easy for me to drive – but far too easy! I can and should be raising my corner speed until the car starts to move around, and at the moment it’s just on rails. My tyres aren’t starting to slide, and I’m not having to correct anything.

I was getting close to the mark around Coppice, feeling the back start to slide around on me in a balanced way, but last time out at Donington I was doing this around Redgate and occasionally in a few other corners. I need to be doing this in every single corner like I know I can do!

Last time at Brands Hatch, in the final race I was just doing this around Clearways and Surtees, but not really anywhere else. And you know when you are, because it feels GOOD!

Speaking of Brands Hatch… Less than 1 week to go… Glenn found that as well as the big bloody hole in the engine case, we’d been burning another (different) piston – which had made a mess of the cylinder head. We think it’s recoverable, but we do have a few tiny holes on the outside, but that shouldn’t affect the seal.

We used Shell V-Power from the same garage as when we burnt the last piston at Silverstone – so that seems to be the only common denominator, at the moment. We’re thinking maybe their ‘super’ unleaded, well, isn’t. It seems odd that it’s the same damage you’d expect to find if you used ‘normal’ low octane fuel, and yet using BP, Sunoco and Gulf super fuels, we’ve not had the problem.

I know for a fact (I tested it myself!) that Shell V-Power is the best fuel for my bikes, so I’ve got nothing against V-Power – just doubts about whether that’s what we were buying from that garage… And we’d be silly to stick with Shell until we know for sure what’s going on – so Shell is out for now.

The thing that’s going to take this one down to the wire is straightening the bent front beam. Luckily, it seems Glenn can do this without having to chop and weld pieces in, or make up a new bean with all our modified fittings… It’s a big job. 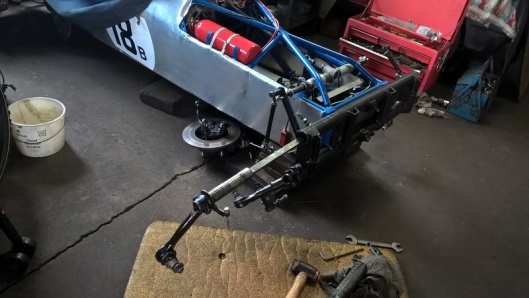 We’re also wrapping our exhaust system – which with any luck might bring the volume down a few db’s. More importantly, this will increase how fast the engine can expel exhaust gasses by maintaining high temperatures in the exhaust itself. And, yes, I did have to look up the science behind that!

This was all looking very iffy for even getting to Brands, but I think we’ve got it in hand, and should be there.

If it’s dry, I will also be eager to use the new JooVuu X camera for the main footage – this truly is a quality camera, and on special offer from £92.24. I will be doing a full review shortly for using it both as an action camera and an in-car road camera. Go snap one up!

And my final plan for Brands Hatch will be to wear my new Fitbit for the weekend.  Any guesses what my heart rate will show during the races? 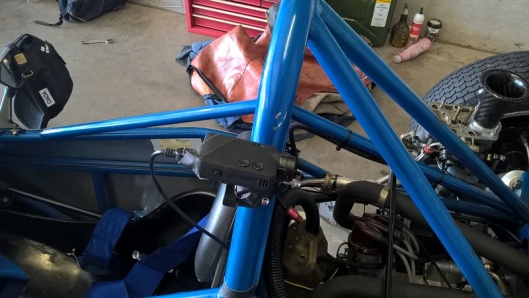