I have engine paranoia.

After finishing Donington with more holes in the engine than we started with, it made sense to play it safe and not rev over 7000rpm.

Of course, in qualifying, I had a lot more than that to worry about!

Glenn had pretty much straightened out the bent front beam, and we’d found the wheelbase on the left was an inch or so shorted than the other side – so that should explain why the car had been pulling to the left. When I came through the tunnel before the session, I jabbed the brakes and the car veered massively to the right.

I thought we might have overcompensated with the set up, or maybe the piston on the left brake caliper had shaken itself back. I could only do a soft brake test before I was in the holding area, and that didn’t show anything up.

I told Glenn, who said the brake pads were also a bit low, so that might not be helping. I decided I could live with it for 3 laps (the minimum to qualify) and then come in, and then we could fix it before the race.

As it turned out, the brakes were fine – but I then started getting a misfire coming off random corners. Weirdly, this disappeared before the races – but Glenn’s tweaking, whilst not finding a cause, may have fixed this.

So I was expecting to qualify higher than I did, but wasn’t overly concerned. I was still struggling with some corners, but was much better in others than at the Festival. I don’t think I ever ran wide out of Graham Hill, and was pretty good through Surtees – but although I was faster through Paddock Hill my line was useless.

I was under a lot of pressure from behind in Race 1, and my shoddy defensive line through Paddock Hill seemed to them become my regular line when I was on my own. I need to slap myself for that!

The results weren’t great – but then with all the guys up the front being SERIOUSLY fast, that could be a problem for us this year. I do find it quite amusing that my mix-up between Maurice Gloster lapping me and my battle with Sam Engineer meant I was 3 secs per lap faster as I tried to fight back at Gloster!

The good news is that I am finally feeling comfortable with the car getting a bit out of shape.

When I had The Moment on the last lap through Surtees when the back stepped out, I made one very fast correction to the exact angle needed. There was no input needed for the recovery – I simply turned into the next corner from that with the car totally back under control. I’m pretty proud of myself, and think that might be the ‘click’ I get with a new bike when I sort-of become one with it (in hippie terms)!

I’ve said from the start I think the way to drive a Vee is to get it moving around. Now I’m sure I need to get the car out of line BEFORE the corner to have any chance against the faster and more powerful opponents.

James Harridge demonstrated this perfectly with a huge 4 wheel drift into and around Druids when he lapped me, as did John Hughes as he passed me through Paddock, with a filthy great lurid slide all the way down the hill. This was also carbon-copied by Jamie Harrison when he came back passed me in the same place!

If I can back a bike into a corner, then surely I can do it on 4 wheels? If not, I’m going to learn!

I was using lift-off oversteer mid-corner a fair bit to bring the back around and turn it in, then powering through the exit. This seems to work equally as well in slow corners like Druids as it does flat out through Surtees.

Glenn has remounted the rear shocks ready for Croft, so we’ll see if this helps with another few inches of suspension travel plus a lower car.

Race 2 felt like I drove much harder, but was actually only 0.01 secs faster. Track conditions could account for this, but overall each lap was faster – and of course I didn’t get lapped by the leaders!  Having Martin Snarey as a target helped a lot with this.

My engine just doesn’t sound like it did last year, so something isn’t quite right, but we don’t know what. For Croft I’ll be pushing the engine a bit more, and revving to 7400rpm or so and seeing if all our power is still in those last 400rpm.

Croft is a circuit I only know from TOCA Touring Cars computer games 20 years ago, so I will be doing some YouTube research for it. 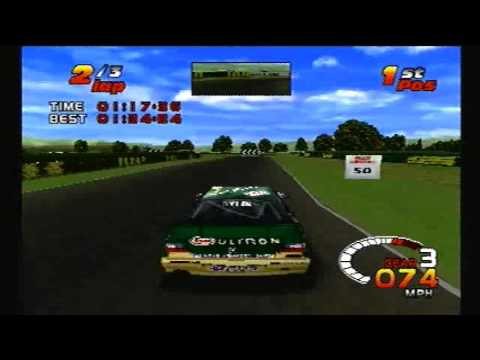 We can’t afford to test for this one (in terms of both money and time due to travel), so I’ll be jumping straight in and learning the track in qualifying.

If it’s dry then the fast corners should suit me, but might not suit our reduced power too well. If it’s wet… well, it might not be so bad for us at the moment!

I hope you all liked the amazing footage from the new JooVuu X camera – I will be talking about this a lot more in the near future!

See you at Croft this weekend – hopefully for some more sideways action!