750 motor club, building a car, buyers guide, buying a car, first race, formula vee, how to, starting racing, where to

Thanks to Tom for his comment on my last blog where he had several suggestions for future topics.  I will do a few blogs trying my best to answer and give whatever information I might have, and hopefully others will find that useful, too!

I suppose the first thing for most is getting a car.

If you’re willing to go through the roller coaster that is building your own car from the ground up, you have 4 options – building a car, buying a new car, buying a used car, or hiring a car. 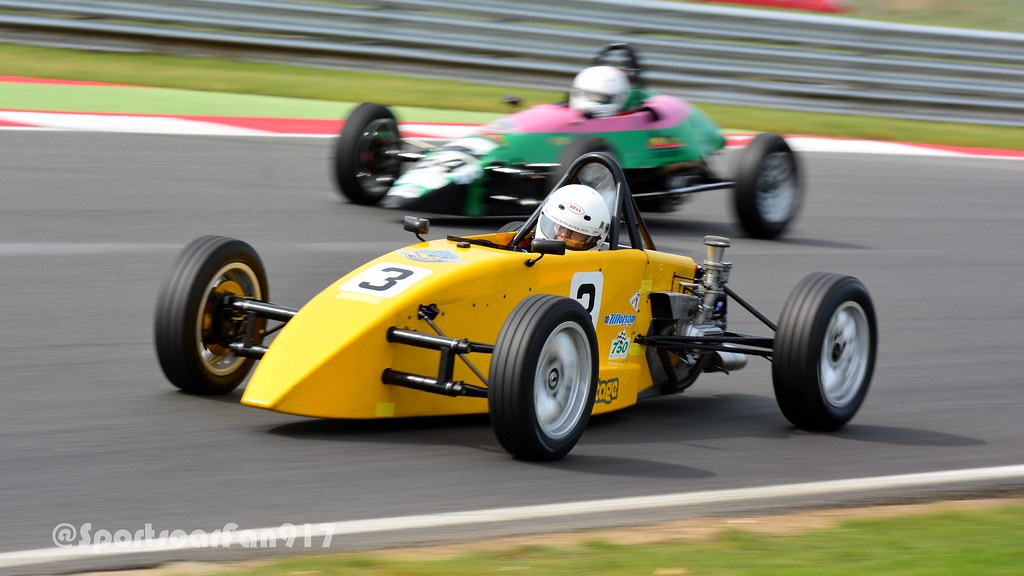 If you are inclined to build a car from scratch, it’s worth noting that Graham Gant has been steadily improving his Worms Eye View (WEV) for years, and there is some fascinating tech on that beast.  He’s a regular front-runner, and I’d highly recommend checking his car out in the paddock.

Perhaps at the other end of the spectrum, James Harridge and his Dad, Dave, have more recently used their karting expertise to build the Maverick.  I’m sure you’ll be seeing this right at the pointy end of things in 2016, after they proved at the Vee Festival it’s a winner.  In contrast to Graham’s tech, ask the Harridges to point out the chopped-up bits of old karts that make their chassis – and see if you can spot the Halfords socket used as the gear change shaft!  This is no rat car, though, and they know what they’re doing – the stand out point would be the only Formula Vee that has TRUE ‘zero roll’ rear suspension.

The biggest problem with building your own car, is you then have the massive task of infiltrating the black magic secret MI6 type depths of engines and cams and all kinds of things that will make you go glassy eyed or fume with frustrated rage.  Or just buy an engine from someone else and forever wonder if others have something that’s better!

There are only a few manufacturers you can buy a new Formula Vee from.

AHS are the most prominent, and as you might expect, they’re also bloody good, and the aptly named ‘Dominator’ hasn’t seen much that can touch it for years in the hands of Paul Smith.  The down side here is that it will set you back around 30,000 of your finest sterling!  I believe their Challenger car is a little cheaper, and a lesser evolution of the Dominator.

Contact Alan Harding at AHS and I’m sure he’ll be happy to give you more information.

And I believe the final choice currently is a Storm from SG Race Engineering.

The GAC’s, AHS’s and Storms are probably first on the wanted list, but if you’re buying it is worth noting that spending £20k+ on a car won’t necessarily mean somone in a sub-£3000, 20 year old Sheane, Scarab or Ray won’t disappear into the distance!  And there are people out there proving that the old cars are still competitive!

Because there are so many potentially competitive cars out there, they can pop up anywhere at any time.  The Formula Vee groups on Facebook ( Formula Vee Championship UK and Formula Vee UK ) are the best place to spot these, but people will also advertise them on the 750 Motor Club and Vee Centre websites, and you’ll even see them on Ebay!

There are also lots of cars sat in sheds in various states.  The Vee Centre are currently compiling a register to try and track down these cars, which will make it much easier for people to buy one.  Watch this space, and I’ll post more info once the register is up and running…

For most people, assuming you can store and transport your car, this is by far the cheapest option to go racing.

If you have little or no mechanical skills (or interest!), or you just want to turn up at a track like your F1 hero and jump in a racing car, hiring is for you!

There are quite a few people doing this in Formula Vee, and it’s easy to see the appeal, if you can afford it. You’ll be looking at paying around £500 – £750+ per day (it’s hard to be more exact as most hirers will tailor the package to what you want), and obviously the more you pay you’ll get a (theoretically) better/newer car with full technical and mechanical support, or they’ll just give you the car to get on with it yourself. You’ll still need to pay the race entry fees on top, possibly fuel costs, and then you’ll also pay for any damages, or an agreed maximum fee towards repairs.

AHS are the kings here, with a huge inflatable bouncy castle thing over their stable of cars, a huge transporter bringing their cars to the track and the expertise of Alan Harding and his experienced crew. Bears Motorsport run a few cars, but you’d have to get in quick to get a seat from them. Contact them directly for further info (the links for both teams should take you to their websites).

Then there are a few independent people and teams with single cars that would be tough to list here as I’m not sure if the seats are free this year! I know Peter Studer has two cars for hire this year. If you ask on the Facebook pages they’ll tell you what’s available – and if you read this and have a car for hire feel free to comment with details.

If our own plans for a full team pan out, then Glenn Hay will have 4 cars on track by 2017 and be offering them for hire.

There is another option midway between buying a car and hiring one, and that is to buy your own car but then buy various levels of support for race days and/or maintaining your car between races. This is also very popular, and AHS and Bears are the main ones for this, too. For extra, they may also store your car and transport it to and from circuits for you – so that part may be of use if you don’t have anywhere to keep a car yourself.

As to what to look for if you’re buying a car – that’s a lot tougher.  Even if you’re buying a car that’s been a championship winner, it’s not to say all the best parts haven’t been butchered off it before it was put up for sale.  My best advice here would be to take someone who knows what to look for with you – or at the very least ask around about the car and the seller.

So those are your choices – and there’s something there for everyone!

I’ll stress again that the best ways of finding any of these is to ask the current Formula Vee people! Sign up to the Facebook groups, have a look at the links above, and get yourself down to a race meeting and have a chat to people!

Easy, isn’t it? Now you just have to get something sorted ready for Donington Park at the end of March!

As an extra, there are a few contacts listed in the newly published series regulations: