I’ve posted before about my first experience of iRacing – online simulation racing.

Although I am still playing iRacing, it’s not as much as I’d like to, as it does take a fair bit of commitment, time-wise. 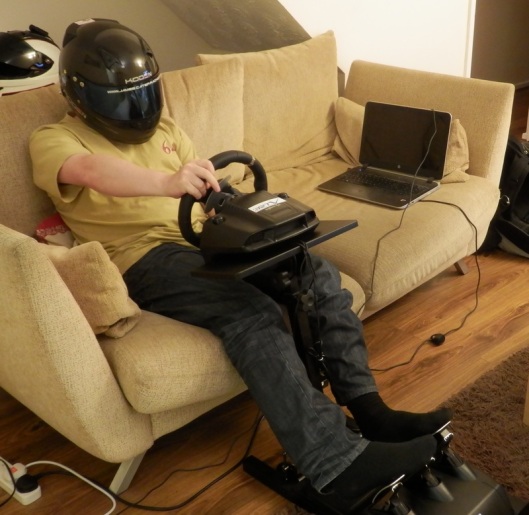 This was very expensive. The last generation wheels still sell on Ebay second hand for upwards of £160 – and the G29/G920 costs around £400 to buy new!

When I had decided that I may as well spend the kind of money you’d spend for a practice day on a wheel, I saw a G920 on special offer for not much more than a second-hand G27 wheel, and so bit the bullet. 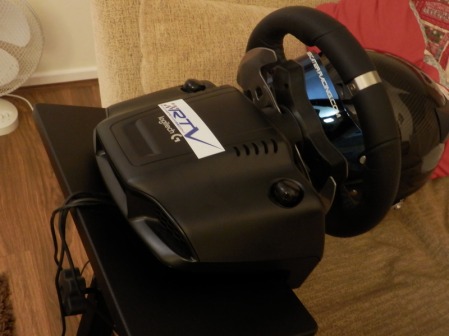 I also paid about £30 for a stand for it all, so I could set it up, sit and use it on the couch, and then put it all away again when I wasn’t using it.

Cars that were previously undriveable on my old controller suddenly felt great with the force feedback and weighted pedals.

I’d tried Project Cars before, and couldn’t even survive a lap – but now all of a sudden that game was back on.

And the way that the tyres behave on Project Cars is much more realistic. It lets you drift the cars around more, and the Formula Rookie (Formula Ford) car is closer to a Formula Vee than the Skip Barber racer on iRacing.

The gear ratios of the Formula Rookie are way out compared to the vee – especially the first 2 – but still useful for getting a feel of things.

With the new G920 the difference between driving a single seater and a classic touring car is profound, with the heavy, stable and direct feel of a Formula car pretty well mimicked, and the relative floaty, unresponsiveness of a saloon car a very clear difference.

At the moment, the quick way that I can set up a few short races on Project Cars is winning over the hour or so minimum you need for iRacing – but I’m not going to cancel my membership.

I also made a demo video to try and show it in action: